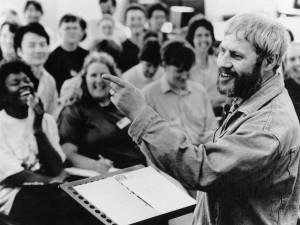 Church today is quite different from the 1970’s. Then – alongside traditional denominations – small independent Christian groups were also emerging. Across all these new communities, and within local churches, ordinary people were taking on more responsibility.

Most had fulltime jobs, family commitments, as well as these new leadership roles. Few had training or felt equipped for the task. They were busy, yet had limited training resources available to them. It was a call for help not being heard.

Other active people simply wanted a chance to explore their faith in more detail, engage with the big questions, and share ideas with others.

There were, of course, full time study programmes. Noel Moules (pictured right) taught on one, but recognised they were unavailable to so many.

After careful thought, Noel came up with the unique idea of running ‘learning weekends’: once a month, for eleven months, in strategic parts of the country. In September 1983, weekends in London, Birmingham and Teesside were launched; with 130 learners across the three venues. Workshop was born. 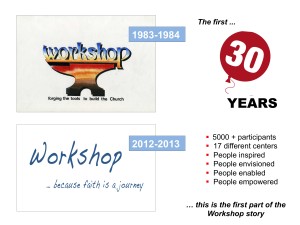 In October 2012, ‘Workshop 30’ was celebrated at Union Chapel, London. Over those years more than 5000 people had shared the Workshop experience, with weekends having happened in some 17 different centres around the UK.

Participants had come from every Christian denomination, plus many from beyond any traditional network. Some had gone on to train for ordination in their churches, or to further study.

Many continued in regular employment with community involvement, while others were exploring different creative expressions of their faith. 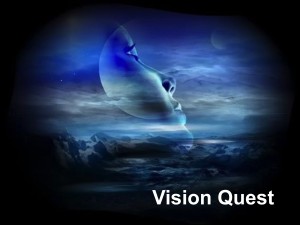 ne of our activities with Workshop participants each year was ‘Vision Quest’. We asked them to dream a dream of a good thing they really wanted to achieve in their life that was truly worthwhile, however impossible it might seem.

They were to note all the things in their lives at that moment that might be in favour of helping it to happen, and then all the things that would be obstacles. Finally, they were to share this dream with their small group, prayerfully talking it through with them.

Over the years this simple exercise had an astonishing impact. Time and again we receive news from past participants, who are doing amazing things at home and in unexpected parts of the world.

They all end with the same repeated phrase, “It’s all your fault!” 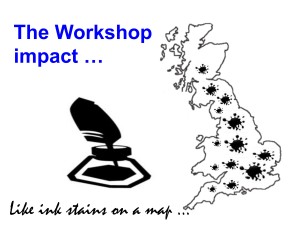 Over the years people have often told us, “You have no idea the impact Workshop is having!” To which we truthfully replied, “You are right, we don’t!”

We knew good things were happening for people as a result of the course, and that they were taking this back to their localities, but we knew few details.

Early in 2012, Ali Phelps, a long time Workshop teacher and member of our Leeds team, told us how she reflected one day on this very subject. She visualized a map of the UK and all the places we had run Workshop over the years. She imagined a drop of ink falling on each spot, which then slowly seeped out into areas far beyond. 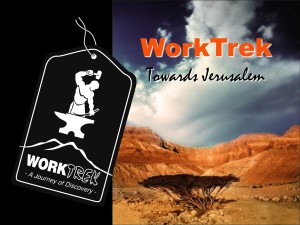 WorkTrek is a 14-day study tour of Palestine-Israel. In January and August 1998, and in June 2011 we ran WorkTrek, and to date 128 people have travelled with us.

Each WorkTrek tour has four purposes: to experience the geography and landscape of the biblical lands; to explore key sites of historical importance; to meet people on all sides of the social and political upheavals in the Middle East and hear their stories; to enable each member of the group to undertake a personal spiritual journey.

Our WorkTrek theme, ‘Towards Jerusalem’, highlights the final destination of each trip. However, this theme also expresses a deep spiritual and political hope for the future, because the name ‘Jerusalem’ actually means, ‘the dwelling place of peace’.

For most people WorkTrek has had a profound impact – few have returned unchanged. Some have remained actively connected with people and causes they encountered on the trip. 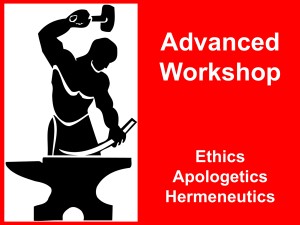 In October 2004 a two-year Advanced Workshop course, under the leadership of Dr Lloyd Pietersen, began offering a ‘Licence in Theology’ (LTh) qualification from the University of Wales: Lampeter.

The first course had 19 students. In 2007, it ran for another two years, this time with 13 students. Participants, having completed the foundational Workshop course, were those wanting to pursue academic theological study at greater depth.

Advanced Workshop focused on the three key areas: Hermeneutics (how we read and interpret the biblical text), Ethics (how we choose to behave) and Apologetics (how we grapple with the hard questions that challenge faith and belief and explain them to others).

Advanced Workshop was a great success. Sadly, changes in university funding and  administration meant that by 2010 it could no longer continue. Nevertheless, we are proud of what we achieved in those few short years. 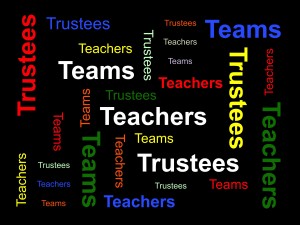 One simple fact is clear. Workshop has only ever been able to achieve this astonishing success because hundreds of women and men over the years (usually after completing the programme), have chosen to remain involved.

These people have given their time and energy free of charge, month after month – often year after year – to make Workshop happen in all its different centers.

They have come to set up prior to weekends, or to run the practical administration; they have led the small groups and given learners practical support. Numbers of them have also brought remarkable teaching skills to the course. Others have gone on to support Workshop as trustees of Anvil Trust.

Some people, with experience and knowledge of the voluntary sector, have remarked that the level of commitment shown by volunteers on the Workshop teams was almost unprecedented. Workshop as a learning experience is very much a people movement.

Workshop has always been about empowering people: with increased knowledge of their faith and beliefs, by exampling possibilities to inspire them, through developing opportunities and experience.

One example: in September 1997, we decided to actively develop teaching gifts within our regional teams. Some were already experienced while others were less so; team-teaching on themes proved to be a wonderful way to aid this. We also made the decision to ensure that women played a prominent role in the teaching; so that the feminine theological perspective was a constant within Workshop.

By the end of 2012, we knew that Workshop was entering a new era. In the light of this we have refocused in three main areas, which are reflected on this website. 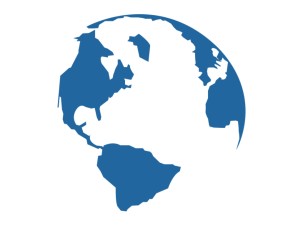 It has always been our hope to see Workshop take root in other parts of the globe; we have often had requests for this. So, at the beginning of 2014, we were delighted to welcome Tim Peebles (from Chicago, USA) to join the Workshop team as the facilitator for North America.

We are hoping to find people like Tim in other parts of the world to become Workshop facilitators in their areas.

If our story so far has anything to teach us about our future, we know that it will be creative and exciting, engaging many people in life-changing ways.

"Workshop creates exciting Christian learning environments for spiritual formation and applied spirituality: welcoming those at the heart of the faith, at the edge of the faith, and wider than the faith. It is Jesus-centred, shalom envisioned, scripture serious, values focused, inclusive, empowering and always inspires activism."

About the Workshop logo—
The W shape of this Workshop logo has been formed to represent the arms of two people joining together in friendship, creating a loop and circle of connection at the center. This circle of friendship and inclusion is repeated in each of the four main graphic symbols used throughout the website.

We use cookies to ensure that we give you the best experience on our website. If you continue to use this site we will assume that you are happy with it.Accept